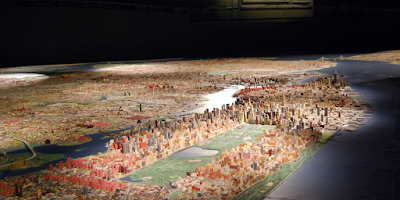 "Sometimes the only thing more awe-inspiring than a city is a massive model of the city, rendered down to the finest detail. And of course, they're to scale. Which is itself amazing." 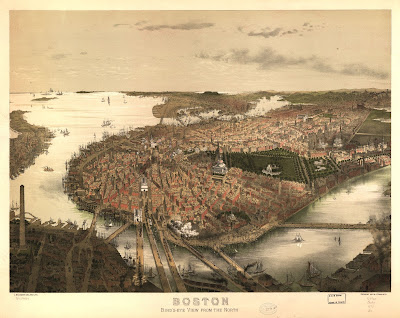 "There was once a time when we had to imagine what our towns and cities looked like from the sky. There were famous artists who specialized in creating these panoramic views of Earth, though today, it's a lost art. They were called panoramic or aero views, each drawn by hand without help from a plane or satellite."

"The makers of these maps took the accuracy of their creations very seriously. The artist would walk through the streets of his subject, noting every detail available, from the location of trees to how many windows each building had. They would create a kind of proxy map using their notes, and only start drawing once they had a complete survey." 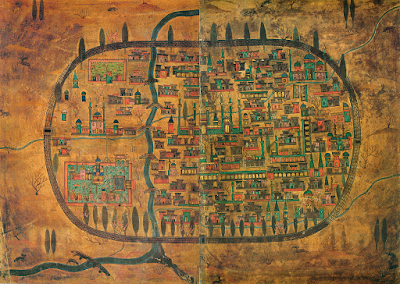 The Maps of an Ottoman Polymath
Public Domain Review

"The name Matrakci was not, in fact, his name by birth but rather a nickname referring to his invention of a kind of military lawn game called matrak, a word which means 'cudgel' or 'mace', the main weapon at the heart of the game. The name stuck, and later would come to label its very own genre in Ottoman miniature art, the 'Matrakci style', describing works echoing his penchant for detail and precision of execution." 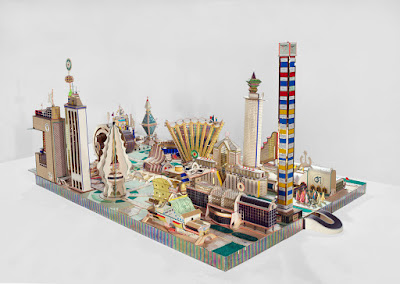 "Out of modest ingredients Kingelez creates a whole world, entirely his own. The sprawling, glittering future city is one example of an electrifying alternate civic space, a city made up of glittering skyscrapers that could easily have been crafted from stained glass. In addition to entire imaginary cities, Kingelez’s work offers an assemblage of eye-popping additions to any fantasy skyline. Each piece is riddled with decoration and ornamentation, bright pink foliage, circles and stars, and a color palette that always leans toward the bold and the vivid."

"Peering down at Kingelez’s array of visions like some benevolent Godzilla, it’s an easy leap to imagine the lives of those living and working in a cityspace that instantly feels so exuberant, and so generous. None of Kingelez’s designs feature private residences. What would it be like to live and work in a place that knows abundance and love the way Kingelez depicts it?" 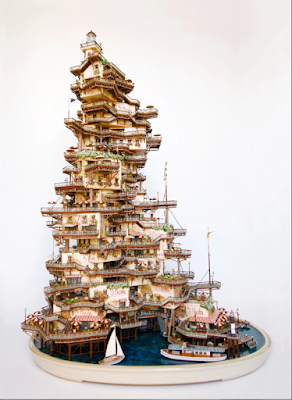 "All my creation comes from my early experiences of bonsai making and maze illustration. I always got inspired from the question 'if I could be a Lilliput…' Maybe such small objects could be transformed to become a huge scale of buildings, castles, and the world itself." 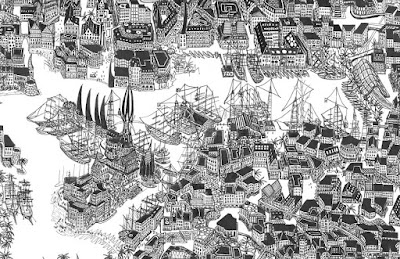 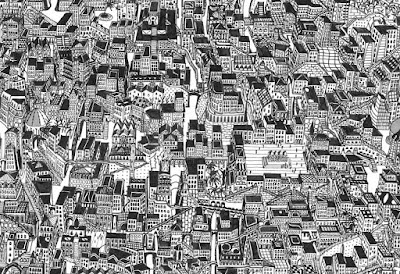 "Rabath Jany is an ancient city in Babaria, built across the fiords of both Silvenaos and Yellow seas. It is better known as Maze city due to its complex architectural structure. I developed this painting traveling around the world during five years. The mix of different people, cultures and natural landscapes I met during my trip has deep influenced the development of the maze city. Rabath Jany is the result of such mix of cultures I met during my trips."

"Maze city is a mixture of modern and ancient technologies. Maze city’s inhabitants always used sailing ships. Otherwise, they also have a very sophisticated sky metro infrastructure with hundreds of sky lines running through all the districts." 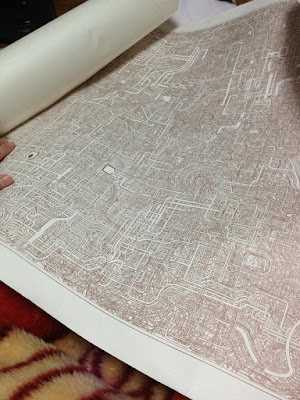 "Some people have hobbies. Other people are obsessive. But when the two cross paths, this is what you get. A Japanese twitter user recently unearthed an incredibly detailed maze that her father created almost 30 years ago. When pressed for details, the father explained that he spent 7 years creating the map."