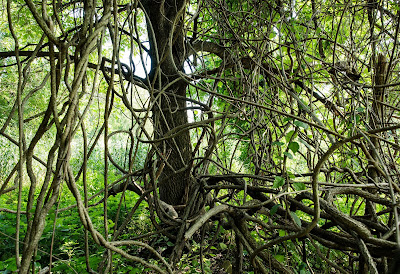 "The deeper we walked, the uglier the woods got. The invasive oriental bittersweet and porcelain berry, along with the native grape and the poison ivy, fought it out to win the game of overtopping trees, bringing them down in a heap. The carnage looked like Mathew Brady’s photos of Civil War corpses, piled along hillsides and behind walls, in leafless, lifeless winter, as dead as dead can be. But unlike the soldiers, the trees were not going to perish."

"The vines moved on in search of new upstanding hosts. Noticing that their tormentors were gone, the trees had sprouted. A few lateral branches on a black cherry, now standing straight up from its fallen trunk, were rising as new trees into the sky. Most would die as the old roots rotted, but some would put down their own. One hollow mulberry had been dangling root filaments from inside its trunk into the soil, so when the mother went down, a youngster was already arising. This is called phoenix regeneration. There couldn’t be a better name." 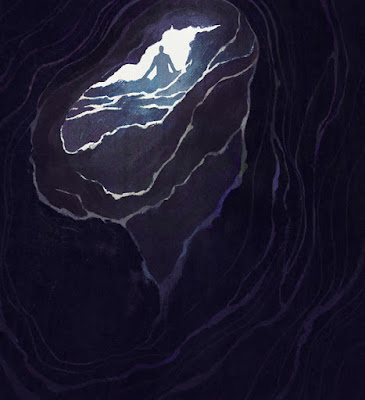 What Lies Beneath
Rebecca Giggs
The Atlantic

"Of all the earth’s terrestrial vertebrates, humans make the deepest incursions into the underground. The farthest that any animal, other than us, is known to burrow from the surface of the planet is 13 yards - the feat of, unbelievably, the Nile crocodile. Below this level live permanent troglodytes, organisms that never see the sunlight. Microbes and minuscule stygofauna - glassy snails, shrimplike creatures - bob in groundwater systems, and pale amphibians furl in the murkiest reaches of caves. A species of roundworm has been detected more than two miles belowground. Yet humans go even farther. Aided by excavating machines, people have delved to a record depth of 7.7 miles, straight into the rock off the Russian island of Sakhalin, and deeper (as far as we know) than the most cavernous marine trench." 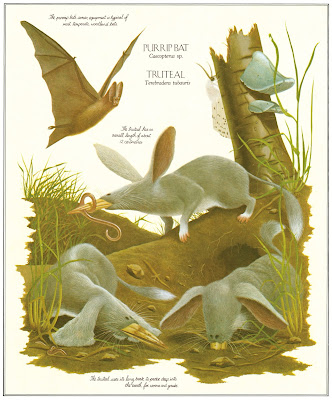 "It’s an almost nostalgic vision: the megafauna that were driven extinct during the 'Age of Man' have been replaced by new species that bear an uncanny resemblance to their predecessors. Humanity’s enduring legacy is not its alteration of the environment - but that the extinctions we have precipitated will have left behind an array of empty niches, to be filled by whatever adaptable species are able to take advantage of them. Imagine a game of biogeographical musical chairs in which penguins have evolved comb-like beaks to sieve plankton as whales do, rats have replaced the big cats as dominant carnivores, cats swing through the tropical canopy chasing monkeys, and monkeys glide on flaps of skin like flying squirrels. The book’s central idea is convergent evolution: that similar traits arise independently in different species, to perform similar functions in similar environments."