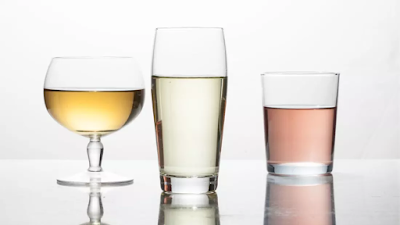 The Key to Crystal-Clear Cocktails? Milk
Camper English
Cook's Illustrated
"After a 150-year absence, milk punch is back. The base recipe for milk punch includes citrus juice or another acidic ingredient. Hot milk is added to the mixed cocktail, curdling the milk, and then the punch is strained to remove the curds. The process removes most of the color and cloudiness from the drink, clarifying it, and it preserves the cocktail from spoilage for months or even years if kept cool.
The concept of clarifying cocktails with milk might seem a bit odd today, but in the milk punch heyday - the 1700s through the mid-180ss - spirits would have been far rougher around the edges, and in addition to clarifying and preserving the drink, the process also softened the harsh flavor of the booze. The resulting drink is unctuous and silky, clear and only subtly milky, with softer, mellow flavors." 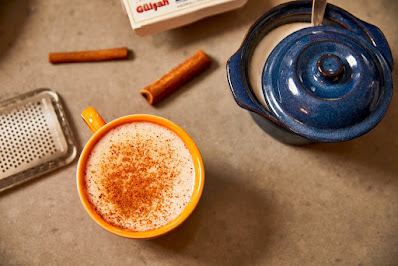 For Many US Turks, Salep is Beloved but Elusive
Amelia Nierenberg
New York Times
"In Turkey, winter is the season of salep. Peddlers pushing carts sell the hot, milky drink traditionally made from ground orchid tubers. Students warm their cold fingers around flimsy paper cups filled with steaming salep. Businessmen sip it with one hand and check their email with the other.

But in the United States, the Turkish drink is almost impossible to find or make. Decades of strain from habitat loss, climate change and over-harvesting have taken their toll on orchids, a main ingredient. Export is difficult, as orchids are included in an appendix to an international agreement meant to protect different species from trade.

Still, homesick Turks dream of real salep, which is something like a cross between hot chocolate and rice pudding. The drink is a beloved street food. Many learn to make it only after they immigrate." 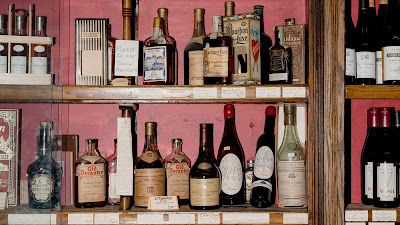 Chasing 'Dusties' with America's Top Spirit Hunter
Aaron Goldfarb
Punch
"As late as the early 2010s, savvy collectors were able to pull amazing finds by simply going 'dusty hunting.' By now, paeans have been written to those who’ve best pulled off the task, like the so-called 'Bourbon Turtle,' who absolutely cleared northeastern liquor stores of bottles that had been gathering dust since the day they were stocked.

But you’re no longer going to find any Stitzel-Weller Old Fitzgerald by heading to some convenience mart on the other side of the tracks; nor does one have decades to build a collection if demanding restaurateurs want their whiskey bar stocked with the old stuff ASAP. Thus, a new breed of vintage spirits buyer, has emerged - one that’s forced to be more resourceful." 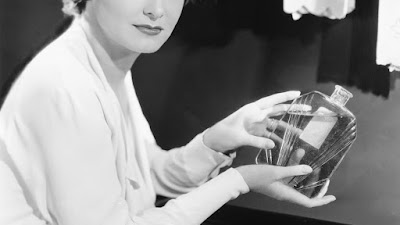 Confessions of a Vintage Perfume Addict
Barbara Herman
Jezebel
"Trying to be discreet in the middle of an open office, I'd pop open a vial of perfume and dab it on my wrist. In a ritual that has become as common as having a meal or reading a book, I'd lift my wrist to my nose, close my eyes, and sniff, like a deranged junky getting her fix. In that work environment, it would have been appropriate for me to wear perfume in a style that has been popular since the 1990s: the office scent. It is institutional and conformist.
As I became bored with office life, my rebellion took an invisible turn. I didn't want to blend in. My perfume tastes began to wander over to the wrong side of the tracks, looking for the rude, the louche, and the difficult. I wanted an anti-office scent. I found myself drawn to vintage perfumes that took me to distant lands and told me stories about fur-clad, misbehaving women who smoked; erotic perfumes that smelled like unwashed bodies; and perfumes that deliberately overturned trite and outdated gender conventions in perfume.
Take Bandit. Its composer - former model, reputed lesbian, and legendary iconoclast of scent - was the rare female perfumer, celebrated for her daring overdoses of extreme perfume notes. Her masterpiece Bandit, a bitter green leather perfume for women, was said to have been inspired by the scent of female models changing their undergarments backstage during fashions shows." 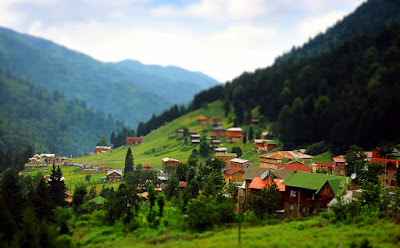 The Strange History of 'Mad Honey'
Emma Bryce
Modern Farmer
"The dark, reddish, 'mad honey,' known as deli bal in Turkey, contains an ingredient from rhododendron nectar called grayanotoxin - a natural neurotoxin that brings on light-headedness and hallucinations. In the 1700s, the Black Sea region traded this potent produce with Europe, where the honey was infused with drinks to give boozers a greater high than alcohol could deliver.
Rhododendron flowers occur all over the world, and yet mad honey is most common in the region fringing the Black Sea. In Turkey, not only do the poisonous rhododendrons abound, but the humid, mountainous slopes around the Black Sea provide the perfect habitat for these flowers to grow in monocrop-like swaths. When bees make honey in these fields, no other nectars get mixed in - and the result is deli bal, potent and pure.

The honey is taken in small amounts, sometimes boiled in milk, and consumed typically just before breakfast. And yet, finding it still amounts to something of a treasure hunt. The honey’s potency seems to have turned it into a treat reserved for those in the know. The responsible shop keepers know they shouldn’t be selling it to strangers. They are a bit wary of marketing it." 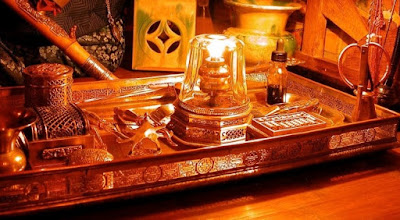 How Collecting Opium Antiques Turned Me into an Opium Addict
Lisa Hix
Collector's Weekly
"You really have to work hard to get hooked on smoking opium. The Victorian-era form of the drug is rare, and the people who know how to use it aren’t exactly forthcoming. But leave it to an obsessive antiques collector to figure out how to get to addicted to a 19th-century drug.

He started out collecting innocuous things; at first, it was seashells and stones, then it was currency and Asian antiques like textiles. Eventually he also discovered the beauty of antique opium pipes, bowls, and lamps, as well as opium trays and the hundreds of little implements that went with the ritual. Because opium smoking had been so thoroughly eradicated around the globe in the early 20th century, very little had been written about these objects. After years of intense research, he produced the first opium-smoking antiques guide.
Research wasn’t limited to mining Victorian medical books or hunting down authentic pieces on eBay. As he came across various pipes and tools, he sought out the last of the Laotian opium dens to learn how these accoutrements were used and, yes, to try them himself. Before long, he and a friend had created their own private opium den in rural Southeast Asia, but when another smoking buddy died, possibly from withdrawal symptoms, he had to quit before it was too late for him, too. His latest book details how his obsessive collectors’ bug led to his opium addiction."