A Mechanic for Misinformation

Okay, so your player characters are trying to gather information.

Maybe they're detectives on a case, or chthonic investigators looking for clues, maybe they're picaros out rumormongering, buying drinks for the house, trying to loose some rival adventuring party's tongues, or vagabonds accumulating a collection of bardic lore.

What have you. There's information, and they're trying to gather it.

Okay, so you assign a Difficulty Class or a Target Number or whatever, and you ask them to roll the dice, and they roll too low.

Well, you could just decide that they failed to gather any information. Or, you could roll on the Random Misinformation Table, below. 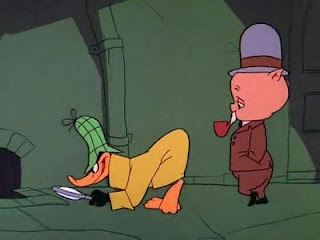 1 Dangerous Rumor - Not just a lie, you learn something like the opposite of the truth. Acting on this rumor will put your life in danger. If you're directed to another site, the place is a deathtrap or ambush.

2 Wild Goose Chase - No information, but you're directed to another site, which will supply more random misinformation.

3 Harmless Rumor - A lie, but incorrect without being dangerous. Acting on this rumor will inconvenience you.

4 Trivia - No information, or at least not what you're looking for. But at least you know that you don't know.

5 Treasure Map - No information, but you're directed to another site, which will supply the information you're looking for.

6 Partial Clue - The truth, or at least part of it. The information might be incomplete or cryptic, but it's correct, and might combine with other clues or partial clues. If you're directed to another site, you'll learn more than you were originally asking for. 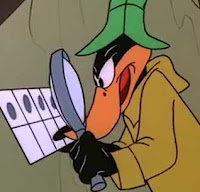 You could also assign these results their own DCs or TNs, or you could break them up to create subtables corresponding to different degrees of misinformation.

The results of receiving random misinformation tend to be action-focused, so that even if your players didn't learn what they wanted to know, they probably at least know what they're doing next.

The problem with "no information" as a result is that it can kill any forward momentum. (This could also be a problem with a partial clue.) Reducing the frequency of that outcome should reduce the risk of your players getting stuck. If they do seem stymied, encourage them to think of their other possible leads and follow up on one of those instead.

I generally roll most dice out in the open, but I suspect this will work better if the players don't know in advance what type of misinformation they're receiving.

Labels: mechanics i want to use, mystery & intrigue