Recently I've found myself thinking (and commenting on G+) about resource management in D&D. The series of posts I'm starting here is mostly an attempt to gather my thoughts in one place so that I can consider my options and think about my own preferences.

In the earliest versions of D&D, it seems that players were expected to keep scrupulous accounting records of their adventuring gear and the weight of their treasure. Gear was recorded in pounds (or even in coin-weight-equivalents) and there were multiple levels of encumbrance with associated movement rates.

As I understand it, the goal of this approach is to make resource management central to the playing of the game. Your gear determines how many 10' dungeon grid-squares you move per exploration turn. Torches provide illumination out to a set distance, beyond which the dungeon is invisible in the darkness. Torches burn out and get used up; if you don't bring enough with you, you could run out entirely and be stuck in the dark. Every turn or every other turn, you check for wandering monsters. When you do find some treasure, you're limited in how much you can carry, and you have to decide how encumbered you're willing to become. The more treasure you take, the slower you'll move, the more torches you'll use up, and the more wandering monsters you'll check for and encounter. (And wandering monsters, of course, use up things like ammunition, spells, and the ultimate character resource, hit points.)

As I said, I think that's the goal. I think the message is intended be that resources matter, you have to make hard choices to manage them, and if you make the wrong choices, you won't get out alive. In practice, rules that require such strict record-keeping and so much memorizing and monitoring of multiple metrics simultaneously, in terms of pounds and coins of encumbrance, in terms of squares of movement, in terms of watching the time on your torches, in terms of remembering to keep checking for monsters ... in practice, a system like this sends a different message, to me at least. 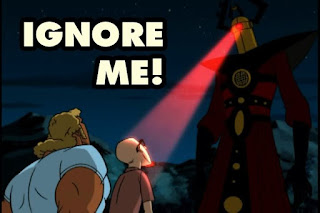 If resource management is going to matter, then the rules for resources have to be simple enough to remember, monitor, and apply at the table.

In defense of the original rules, I think they were playing with miniatures on table-size grip-maps, and I think most of them were wargamers who were used to doing a lot of mental accounting during their games. Move off the miniature map and away from a direct physical representations of the pieces on the board taking their turns ... move away from that, I think it becomes practically unmanageable.

Later editions of D&D and Pathfinder seem to feel obliged to maintain rules for equipment weights in pounds, degrees of encumbrance and rates of movement. But they're like legacy components that are no longer supported by the rest of the system. There rules are there, but they don't matter. You get all the work, but it serves no purpose. In that sense, it becomes completely optional, because nothing in the game depends on tracking those things. There are no consequences if you don't track them, and no consequences if you do track them either.

For whatever reason though, the people writing these rules seem to be unable to admit that they're essentially set dressing, the weight of your boots mattering no more than the nutritional value of your bar-food or rations. Instead of removing the rules, or stating that they're cosmetic, or choosing to meaningfully support them, instead they have often chosen to fill their worlds with magic items to circumvent them. The worlds of 2e, 3.0, 3.5, and Pathfinder are all worlds filled with bags of holding, boots of walking, and flashlights of continual light. I don't know what message they hope this is sending to their judges and their players. Something about how it's important to track these things for their own sake, or the sake of realism, or the Protestant ethic, or something, but also about how good players and judges should find magical within-game ways to circumvent these rules as quickly as possible. I'm just guessing at that, though. I don't really understand what message they want to send. I do know what message they're sending to me though.

If resource management is going to matter, then there have to be consequences that result from how the players choose to manage their resources. (Consequences both for carrying too much, and consequences for trying to do without.)

5e introduces some rules simplifications in other areas, possibly aimed at lightening players' and judges' cognitive loads to the point where resource management could matter once again. Rather than picking characters' starting equipment item-by-item from across a multi-page inventory list, players get to pick between a few pairs of weapons that come with ammunition, and they receive a pack that contains bundles of items like torches and ropes.

My only critique here is something I've noticed in play. Every background has a special ability that guarantees you free room and board from someone. You start the game with a week or two of rations, enough arrows to slay a small army, and enough light to last at least through your first session without refueling. You can mark them off as you play, but you know (or you learn, the game teaches you) you'll never run out mid-session, and between sessions, you can fully restock on anything you used up. So why mark them off? Why keep track, if keeping track will never matter, if it will only ever be busywork?

And if you're not keeping track of your arrows, and the things the game offers for sale are things like arrows, things that cost the barest fraction of the treasure you hauled out your very first session, why keep track of those purchases? Your food is already free, your room every night is already free. What is there left to spend money on? And if you can't spend it fast enough to ever, even for a moment, be in danger of running out of it, why bother tracking it at all? (Yes, I realize I just asked "why track gold in D&D?" but if you aren't trading gold for XP, and you always have as much gold as you need for routine purchases, and routine purchases are the only kind of purchases you can make ... then why track gold in D&D?)

If resource management is going to matter, then resources have to be managed routinely (possibly every time they're used) so that running out mid-session is always a possibility, and having enough when you need them is the result of strategy, conservation, or luck, and not guaranteed.

If your supply of something is so great that you'll never run out when you need it, then your supply is practically unlimited. That is, in practice, if the number of supplies you have is so great that it can't run out, then that number does not set a limit on your use of that supply.

So the first option for resource management in D&D is, don't.

Don't manage your resources, ignore them.

Your characters can carry whatever equipment they've accumulated along the way. They are in the hallway, then a room, then back in the hallway again, then in another room, and it doesn't matter how much time passes while they do that, so it doesn't matter how fast they were moving. The lights are always on. Their guns never run out of bullets. They never need to eat or go to the bathroom. They always get a good night's sleep.

But if you're going to ignore resource management, ignore it. Don't force yourself to count things where the number doesn't matter. Don't continue going through the motions of a certain style of play without actually playing it. Be honest with yourself about what you're doing. Admit to yourself that you don't care about encumbrance, or movement rates, or light sources, or whatever. Don't pretend you're using them when you're not. Give yourself permission to play the game you're already playing. Don't punish yourself with unnecessary bookkeeping just because you don't want to acknowledge that account will never be overdrawn. Dan Savage claims, "Some people twist themselves into the oddest knots so they can have what they want without having to admit they want it." Don't do that. Admit what you're doing. Give yourself permission. Ignore it.

Admittedly, this style of play is far removed from the original wargamers counting dungeon tiles and coin-weight-equivalents, and double-checking their marching order, and playing "who's on torch" to decide how far they can move and what they can see each game-turn. But we've been far removed from that for awhile, though we feel obligated to pretend we're not. Ignoring resource management is easy. It frees up your cognitive resources to focus on other parts of the game.

Tracking all that shit is hard, and it's much harder to do in the theater of the mind than it is at a bespoke wargaming table. Sometimes you want to play a game without feeling like you're recreating The Things They Carried in fantasy while you play. Tracking all that shit takes time, real time, your time, an actual resource that is truly limited. For novice players, or players who are too busy, or players who can't make an 8-hour play session, ignoring resource management might be the only way they can play.

Gary Gygax claimed that "You cannot have a meaningful campaign if strict time records are not kept," and you get the feeling that he felt that way about everything, down to accounting for the last copper penny. But meaning can come from lots of sources, and for me, those sources don't include determining my character's height in inches, or weight in pounds, or age in years, or birth order, or astrological sign, or how much loose change she keeps her pocketbook, or how many pencils are in the jar on her desk, or how many AA batteries she has in the door of her fridge.

Including any resource management in your game has to start with acknowledging which resources you want to manage, and which you can safely ignore. If there are resources you want to manage, then manage them, and for the rest, do what TSR and Paizo and WotC have been telling you to do with them all these years, (despite not being willing to admit what message they're sending you). 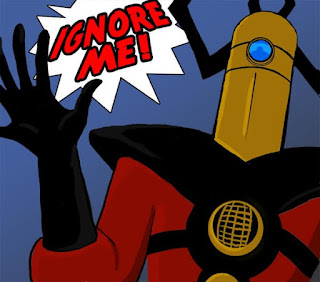 This is just the first option, the easiest. Everything else is more complicated.

Email ThisBlogThis!Share to TwitterShare to FacebookShare to Pinterest
Labels: mechanics i want to use, resource management